Midori Fujii lived in a committed relationship with Kristie Kay Brittain from 2000 until Kris’s death in 2011. Midori and Kris met in 1997 when both were serving on the Board of Directors of a local nonprofit organization, and they married in Los Angeles in the summer of 2008. Months later, when Kris was diagnosed with ovarian cancer and going through multiple surgeries, hospitalizations and treatments, Midori became her primary caregiver, using her sick leave, paid and unpaid time off to care for Kris.

Because of Indiana’s marriage discrimination statute, Midori and Kris were considered unmarried and did not have the protections and decision-making authority they automatically would have been given by statute had they been an opposite-sex couple married in California and living in Indiana.

And because Midori’s marriage to Kris is not recognized in Indiana, Midori was required to pay more than $300,000.00 in Indiana inheritance tax on all of the property that Kris left to her, including their shared home. If Midori were an opposite sex spouse she would have paid no inheritance tax on the property she inherited from Kris. Further, unless Indiana recognizes their marriage, Midori will not be eligible to receive Kris’s social security benefits when she turns 65.

The State’s refusal to recognize her marriage to Kris does not just cause Midori economic hardship. In her time of grief, she is denied the comfort and dignity of being acknowledged as Kris’s widow. For example, following Kris’s death, Midori experienced problems with a funeral director because she was not considered to be a surviving spouse. 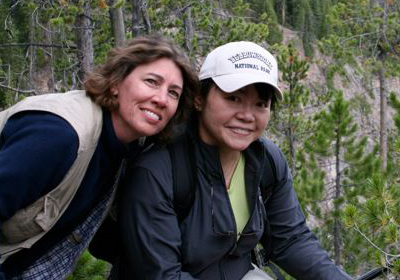