Mark Carter is an enrolled member of the Citizen Potawatomi Nation of Oklahoma and a Staff Attorney at the ACLU’s Racial Justice Program where he focuses on indigenous justice. Previously, he served as Assistant General Counsel at the Gila River Indian Community where he advised and represented Community officials, departments, and committees. Before that, Mark was an Attorney-Advisor at the U.S. Department of Justice’s Office of Tribal Justice where he advised various DOJ components on Indian law matters and helped serve as the primary point of contact within the department for tribes. He was also a Wilma Mankiller Legal Fellow at the National Congress of American Indians. Mark obtained his B.A. in Philosophy at Texas Tech University and is a proud alum of the Pre-Law Summer Institute for American Indians and Alaska Natives in Albuquerque, New Mexico, which he attended before attending and graduating from Cornell Law School. 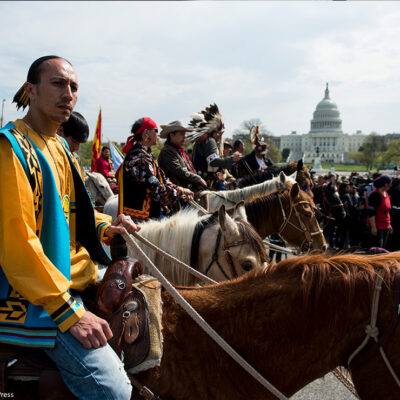