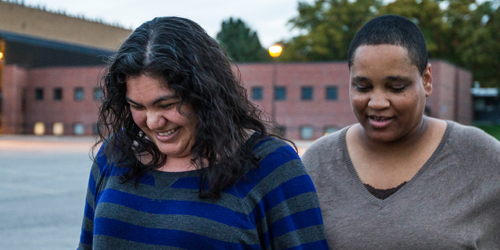 Lisa and Janet have always wanted to raise children together, ever since their relationship began eight years ago, and they have a passionate desire to serve as foster parents.

They are eager to serve as foster parents for older children, such as middle school- and high school-aged children, because they know that these children are often harder to place. They are also willing and able and have sufficient space to foster sibling groups, who are not always able to be placed together.

Lisa knows the hardships that children may endure in the foster care system, as she herself spent time in foster care during middle school. Having suffered difficult foster home experiences as a youth, Lisa is all the more committed to protecting children and becoming a caring foster parent who can provide a safe and loving home to children in need.