James Prigoff is an internationally renowned photographer of public art and a former business executive. He has lectured at numerous universities and has exhibited his work at museums around the world. In 2004, the then 76-year-old was in Boston photographing a famous piece of public art called the “Rainbow Swash,” painted on a natural gas storage tank. Private security guards approached him and told him to stop. Despite the fact that he never provided the security guards any identifying information, an FBI agent came to his home in Sacramento several months later, trying to find out about his activities in Boston. The FBI agent also questioned at least one neighbor about him. 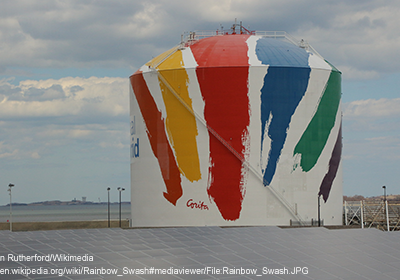