Isra Chaker is a Syrian-American civil rights activist, humanitarian advocate, and public speaker. She serves as a Campaign Strategist at the American Civil Liberties Union leading their national ICE detention campaign and other immigration focused campaigns. She formerly served as the Senior Refugee, Migration and Protection Campaign Lead at one of the leading international NGOs in the world, Oxfam America. She is an appointed Ambassador for One Young World, a global forum of young innovative leaders and is a Public Advocate for the United Nations Relief and Works Agency USA (UNRWA USA). In addition, Isra was chosen as an Icon for the “We The Future” campaign by Amplifier, which recognized ten young activists from across the United States in their leading work on current social justice issues affecting humanity. Isra was chosen to represent the refugee and immigration justice theme, known as “We the Future, will not be Banned”. Artwork of Isra as well as a curriculum she designed to break down the stereotypes and misconceptions of Muslims, refugees and immigrants was taught to over 400,000 students in schools across the United States in the 2019 academic year. 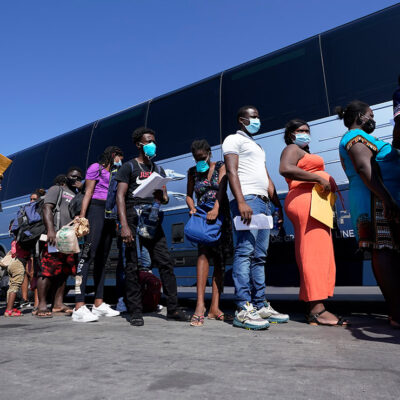