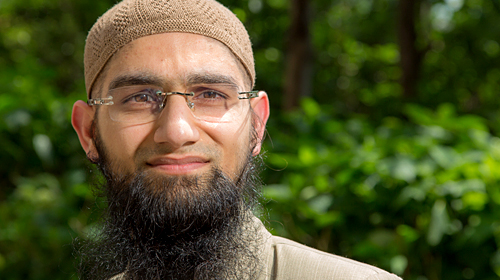 Hamid Hassan Raza is an American citizen living with his wife and child in Brooklyn, New York. He serves as imam at Masjid Al-Ansar, a Brooklyn mosque, where he leads prayer services, conducts religious education classes, and provides counseling to members of the community. The NYPD has subjected Imam Raza to suspicionless surveillance since at least 2008, and, as a result, he has had to take a range of measures to protect himself. For example, he records his sermons out of fear that an officer or informant will misquote him, or take a statement out of context. He also steers clear of certain religious topics or current events in his sermons and conversations, so as to avoid statements that the NYPD or its informants might perceive as controversial.

Imam Raza’s knowledge and fear of suspicionless police scrutiny have diverted his time and attention from ministry and counseling while chilling his ability to speak on topics of religious and community importance. The NYPD’s unlawful surveillance prevents Imam Raza from fulfilling his duty as a religious minister, educator, and scholar in the Masjid Al-Ansar community.