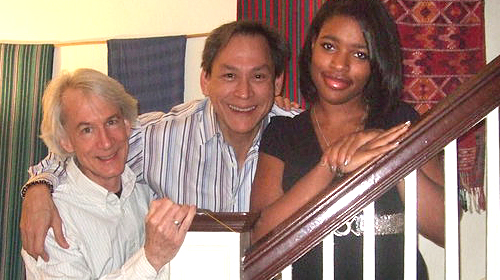 Together for 32 years, Fernando and Len are both attorneys who have dedicated their careers to serving the public interest. They both currently teach at the University of Pennsylvania Law School. Fernando, who is 58, was born in Cuba and came to the United States with his family when he was a child. Len, 64, grew up in Vermont. The couple moved to Philadelphia in 1982 when Fernando was offered a job there; it has been their home ever since.

The couple adopted their daughter Isabel when she was 10 months old. Now 21, she’s a student at Temple University who aspires to be a teacher. Fernando said, “The thing we’re most proud of in our life is raising a child who’s grown into such a wonderful adult.”

Fernando and Len entered into a civil union in Vermont on February 14, 2004. Although that was an important moment for them, it reinforced the fact that their relationship is not legally recognized in their home state. Len said that they did everything they possibly could while Isabel was growing up to insure their well-being as a family, but adds, “If we could have been married, it would have made a big positive difference in our lives.” They know that if they could marry, it would mean a lot to their daughter. They’ve talked about getting married in another state, but they really want to hold out for it to become recognized in Pennsylvania. Isabel has lots of ideas already for the big wedding she wants to help throw for her dads.