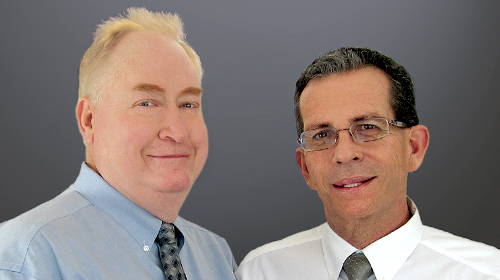 Donald Johnson, 61, proposed to Fritz Schultz, 58, on the Sunday after Thanksgiving in 1992. They’d been dating since Labor Day, and when Fritz went out of town with his family for the holiday was when they both realized how much they meant to each other. “That was the first time I’d really been away from him, and that’s when I realized I couldn’t let this one go,” Fritz says.

After Utah’s anti-gay marriage amendment was overturned, it was Fritz’s turn. Don describes the moment: “We were eating breakfast and he reached across the scrambled eggs, took my hand, and said, ‘So, want to get married?” They spent the next day shopping for rings. After standing in line for eight hours in 20-degree weather, Don and Fritz were finally legally married. “I’d have stood longer, it was that important to me,” says Don. “Everything about getting married was surreal and beautiful and we’d waited such a long time for it.”

Fritz works in retail sales and Don has been a special education teach with the same district for 37 years, working with high school students. When school started again after the Christmas holiday, Don told his students that he had married his partner of 21 years over the holidays. They burst into excited applause for him. One of his students told him afterward, “I was just so afraid you were about to tell us you were quitting teaching!”