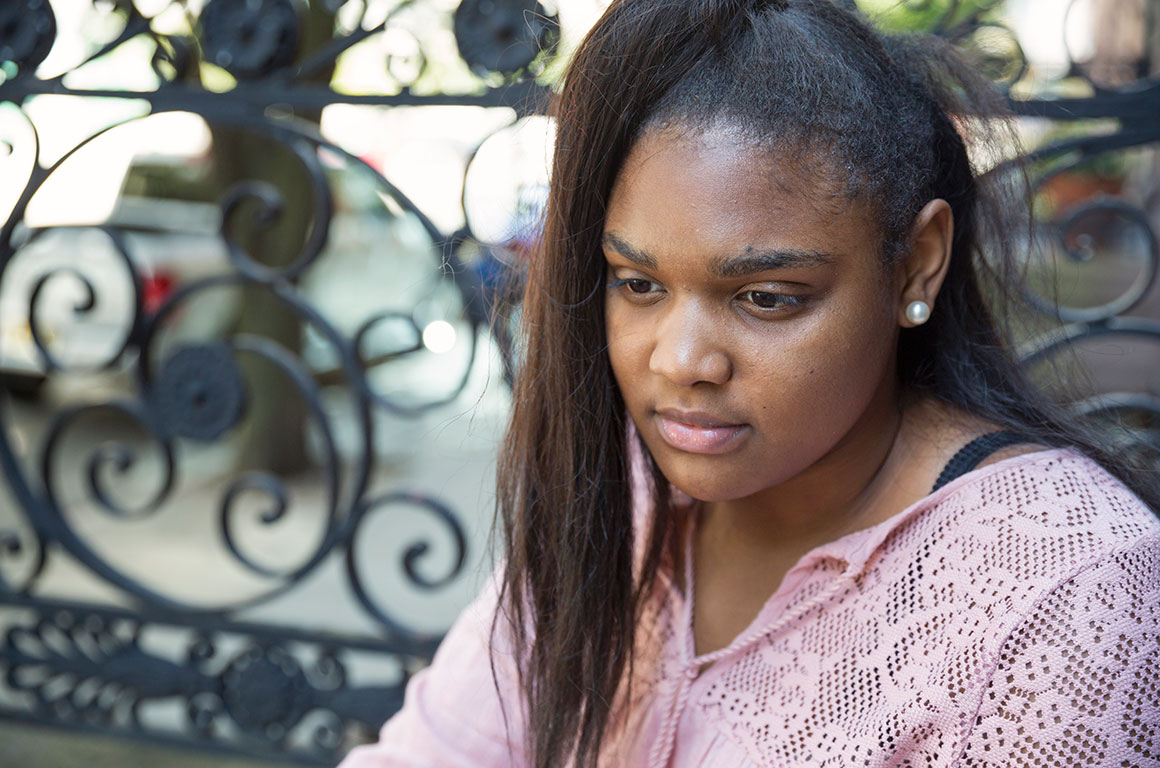 D.S. is an African-American 17-year-old who has learning disabilities and a heart condition. She was in the hallway at Stall High School in Charleston when two girls approached her and her friend. One girl hit D.S. on the head with her cell phone and the other hit her friend, starting a fight. Teachers quickly broke it up, and D.S. was the only one injured; she had a small lump on her head. Still, all four students were arrested and charged as adults with disturbing schools. The students appeared in court with no legal representation — only the judge and school resource officer were present. D.S. received a suspended sentence of a $400 fine or 20 days’ imprisonment on condition that she complete a diversion program. But then D.S. learned that the program cost $300 or more, and she did not have the money. The program rejected her and she spent weeks fearful that she would be sent to detention. Then she obtained a public defender, who had her case reopened, and eventually it was dismissed.