At the national ACLU, Ms. Roseberry works to reform the criminal justice system. Focusing on issues like policing, bail reform, clemency, the death penalty, and other criminal justice related matters her work supports ACLU affiliates across the nation.

During the Obama administration, she served as project manager of the historic Clemency Project 2014. Often referred to as the nation’s largest law firm of nearly 4,000 lawyers, it provided pro bono support to more than 36,000 applicants for presidential clemency.

Previously, Ms. Roseberry was the executive director of the Federal Defenders of the Middle District of Georgia, Inc. She has taught advanced criminal procedure and co-taught in the death penalty clinic at DePaul University College of Law in Chicago, where she also founded the misdemeanor clinic. For more than 10 years prior to teaching, she practiced federal and state criminal defense in Georgia.

A founding board member of the Georgia Innocence Project, she was the first African American female president of the Georgia Association of Criminal Defense Lawyers. She received the 2016 COS Humanitarian Award, the 2017 annual service award from the Alpha Alpha Chapter of Phi Beta Sigma Fraternity, Incorporated and the 2017 Champion of Justice Award from the National Association of Criminal Defense Lawyers.

Ms. Roseberry earned her Bachelor of Science from Wilberforce University in Ohio. She earned her Juris Doctor from Georgia State University College of Law. A national and international speaker, Ms. Roseberry has presented in nearly every U.S. state in Europe and the former Soviet Union and to a delegation of judges from China. Her TEDx talk, My Father, My Hero, delivered from inside a prison, has been critically acclaimed. See her TEDx talk at http://bit.ly/myfather-myhero. 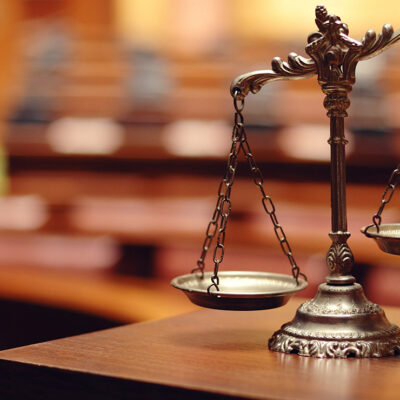