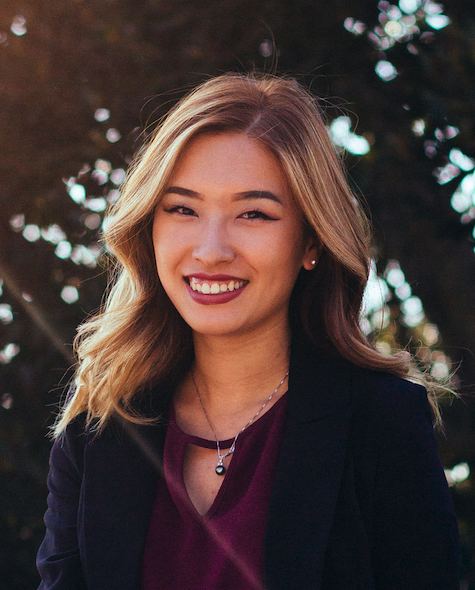 Chloe Pan (she/her) is a legal intern with the Human Rights Program. She is a first-generation law student and second-year J.D. candidate at UC Berkeley School of Law, where she is a Henderson Center Scholar and Lewinstein Social Justice Scholar. She serves on the California Law Review, Asian American Law Journal, law school admissions committee, and as a graduate researcher focusing on regulatory governance models. She is also a board director of AAMPLIFY, a nonprofit that supports Asian American youth leadership development and community advocacy. Most recently, Chloe was a 1L legal intern in Washington, D.C. at the DOJ Civil Rights Division in the Office of the Assistant Attorney General.

Prior to law school, Chloe was a Civil Liberties Fellow at the ACLU of Michigan, where she launched and managed the organization’s court-watching program that resulted in a federal class action lawsuit (https://www.aclu.org/press-releases/aclu-files-federal-class-action-lawsuit-challenging-discriminatory-cash-bail-system) challenging bail practices in Detroit. She also worked on international compliance at YouTube on issues of elections content, child safety, and hate speech. Chloe graduated from UCLA, where she majored in Asian American Studies and International Development and was heavily involved in organizing for racial and economic justice, including driving student advocacy that led to the first tuition decrease in nearly two decades. She won the International Institute Senior Academic Award, Chancellor’s Service Award, and Excellence in Community Service Award, and was a finalist for the Rhodes Scholarship.