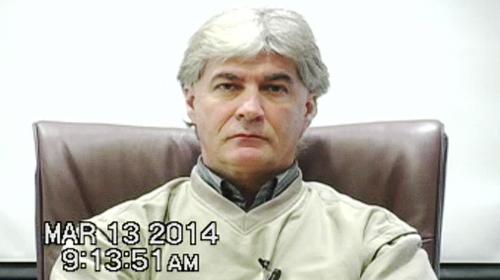 Captain Naidow, a shift captain at EMCF, said that sometimes the cell blocks look like something out of “One Flew Over the Cuckoo’s Nest,” with prisoners banging their heads against the walls, self-mutilation, and hallucinating. Prisoners will scream for help and pound on doors, but guards are often nowhere to be found during emergencies. One prisoner had an asthma attack and the other prisoners had to yell continuously for help because no officer was watching the pod. Not only are staff absent, reports Captain Naidow, but they are corrupt, “working with gangs, extorti[ng people], [and] bringing in contraband.” According to Naidow, EMCF staff have been caught facilitating sexual assaults by unlocking cell doors for the perpetrator. He’s seen staff gas or strike prisoners unprovoked.

Naidow said the high levels of violence at the prison are owed, in part, to gang activity, in which staff take part. “Part of the problem here is insufficient staff training. Part of the problem is recruiting staff for $10/hour jobs in a less populated area, and sometimes rehiring staff who have been previously terminated.” He said that when GEO Group left, much of the staff was fired only to be hired back a few months later by MTC, the private prison corporation that took over.