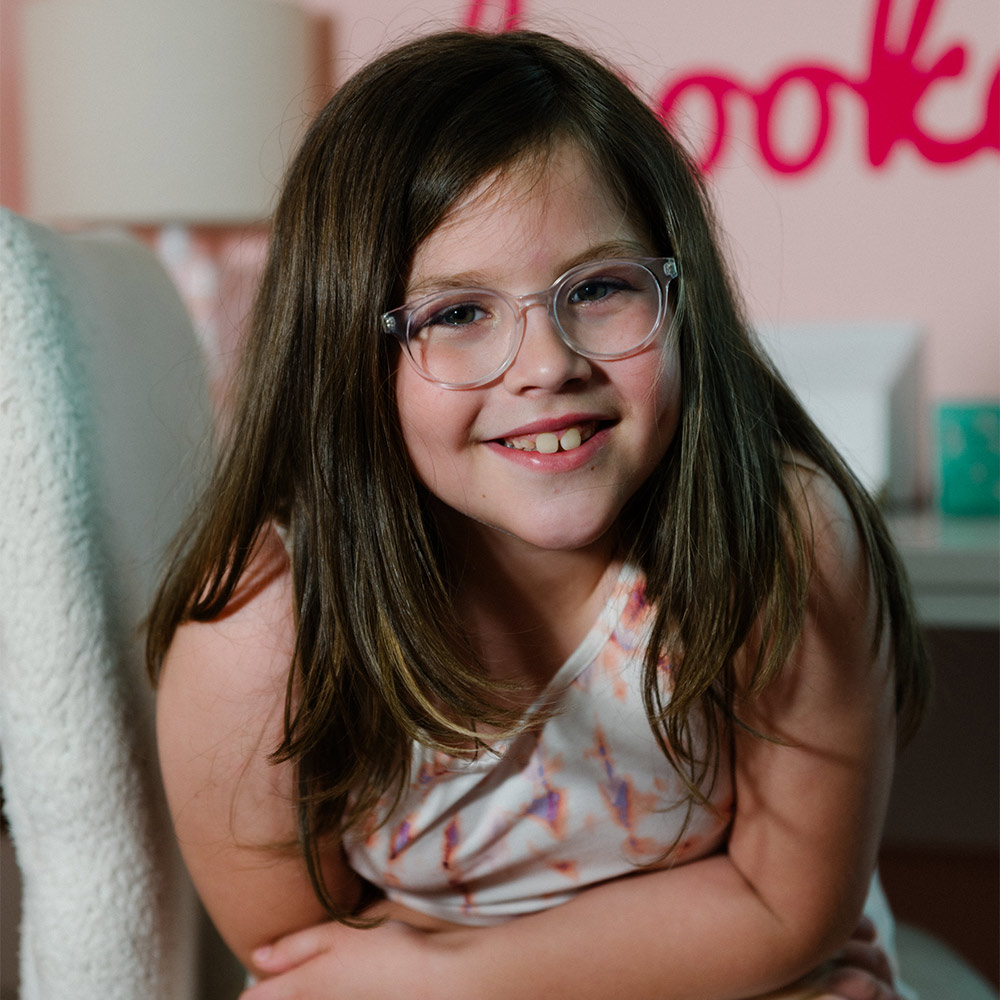 “Our child has known exactly who she is since she was 2 years-old. She was a happy child and felt comfortable expressing herself but when she began to feel pressure at school to pretend she is a boy, she began to really struggle. It was painful to watch our child in distress. Last year, when she told us she is a girl and would like to be called ‘Brooke’ and referred to using she and her pronouns, we supported her immediately and the cloud of sadness lifted and her smile came back. We have told all of our children that we will always protect them, but this law stands in the way of our child getting the medical care she will desperately need.” – Amanda Dennis

Brooke is 10 years old. She enjoys being on her trampoline in her backyard and wants to be a gymnast when she grows up. She also loves reading and writing.

Brooke’s parents, Amanda and Shayne, say that she has known she is a girl since she was 2 years-old though she did not explain it to them until a few years later. She always gravitated to gender expression typical of girls and her parents supported Brooke being herself. Despite the support at home, Amanda recalls shopping for Halloween costumes one year and Brooke looking panic-stricken trying to decide between the costume she wanted and the costume others would expect her to wear. As Brooke became more and more anxious about school and trying to protect herself from others’ judgement, she started fighting with her siblings more.

Amanda and Shayne have continued to have regular conversations with Brooke about her gender. In one of these conversations, Brooke told them that she never said anything about the pronoun usage because she didn’t know it would be okay. As Brooke approaches puberty, she and her parents have already met with medical providers to ensure that she has the best care available when it is necessary and appropriate.

But if HB 1570 takes effect, Brooke will not be able to get the health care she needs when puberty starts if the family remains in Arkansas. Though Amanda and Shayne love their Arkansas community, support extended family members in Arkansas, and have created a life in the state, they know that if HB 1570 goes into effect, they will have to leave.